What Does Your Customer Have in Common with a 70,000-year-old Tribe? 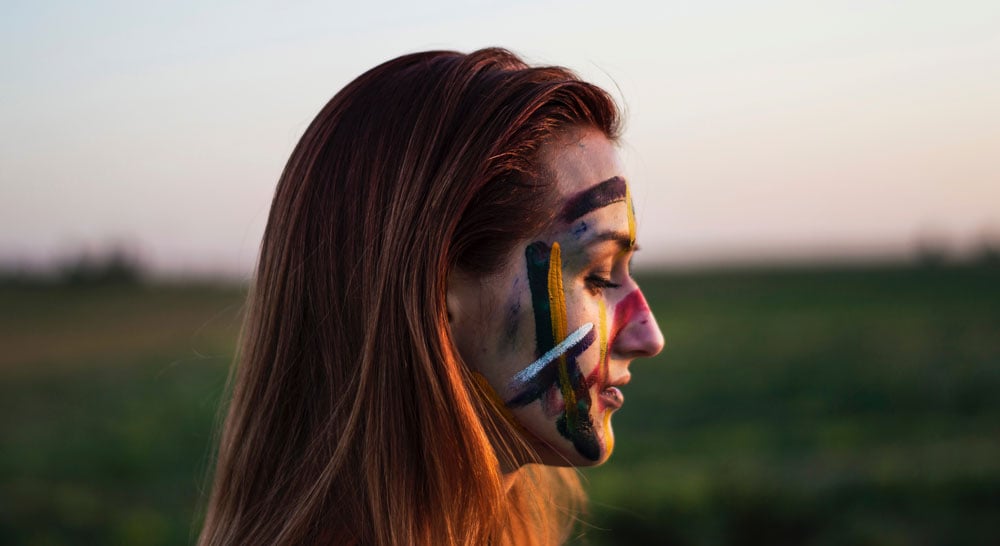 When Homo Sapiens first emerged 70,000 years ago they were ill equipped for survival compared to other “animals." They were smaller and weaker than their cousins, the Neanderthals. They lacked the physical strength of most their predators; and didn’t have fangs, claws, or even a hide strong enough to protect their delicate skin from the elements.⁠1 No visible evidence at the time could have predicted that Home Sapiens would outlast their rivals and conquer the entire world.

Hiding underneath that vulnerable skin was Homo Sapiens' ability to think. Their brains could remember the past in great detail, plus they could ponder and plan for the future. As great as those two abilities were, their greatest gift was the ability to cooperate. What one person could never achieve, a group of cooperating humans could conquer together. 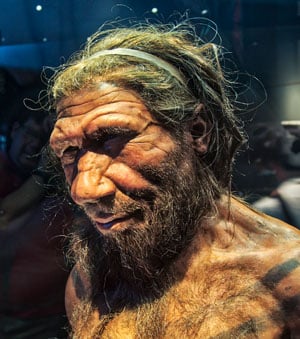 Spoken languages alone gave the group an ability to coordinate actions like nothing the world had ever seen. Verbal cooperation became the species’ superpower. No individual human could match a saber tooth tiger’s strength and ferocity, but a group of humans with tools and planning could easily hunt and kill the beast.

Most likely, cooperative development began in small family groups and slowly progressed to larger clans and eventually into tribes. For many thousands of years, humans primarily operated in small tribal groups. The progression of language into writing gave root to early kingdoms, which were little more than collections of tribes in agreement.

Tribes were a necessity to survival. Mothers needed help raising their young. Hunters needed to coordinate. Labor was shared, and everyone benefited. If a member was banishment from the tribe, it more likely than not was a death sentence. Long term survival alone was just not possible.

Our need for social contact is more than just a pragmatic choice of survival. It is so deeply ingrained that when deprived of all contact humans quickly begin experiencing mental problems, and in extreme cases, lose sanity. Prisoners in isolation experience hallucinations, depression, confusion, lethargy, and are often driven toward self-harm and  suicide.⁠2  Suicide among inmates in solitary confinement is five times higher than the general prison population, even with all the precautions prisons take against suicide. In fact, the United Nations categorizes long-term solitary confinement as torture, and has banned the practice.

For modern humans, tribe means something different than it meant to our ancestors. They only had access to a small group of individuals available within their physical world. Plus, their minds had limits for remembering information. Anthropologist, Robert Dunbar, hypothesized that early human tribes could only comprise 150 individuals, because that is roughly the number of relationships the human brain can maintain.

Before mass communication and rapid transportation, it was impossible to share an affinity with someone halfway across the world. All social connections were local— they were the only connections that existed. In some societies, travel outside of the local area was so difficult that generations of people lived and died without venturing more than a dozen miles from their birthplace. The geographic barriers of the world limited human connection.

But locality no longer applies. Modern technology has changed everything about communication. It extends Homo Sapiens' cognitive abilities, and this new tool for connecting individuals is becoming virtually unlimited. People from every corner of the world can communicate in real time through numerous types of devices.

Our limits are no longer defined by technology, but our own self-imposed ideas. Take Taylor Swift for example, she has more than 300 million social media followers across Twitter, Instagram, Facebook and Youtube. Her ability to interact with her "tribe" is unprecedented. In just a few moments she can post a written message, instantly broadcast it to all of her followers, and every one of them can do the same. Technology changes our tribe. They aren't the 150 people in closest proximity, like they were 3,000 years ago—tribes are the people we choose.

Even though technology continues to change our behavior, we Homo Sapiens still have a deep need to connect with others. Even still, when it comes to survival, relationship management is nearly as important as detecting danger.

By geologic standards of time, where change is measured in hundreds of thousands or even millions of years, the technologies allowing mass connection all happened less than half a second ago.

Gutenberg’s invention of the printing press in 1439 was the start of mass communication. It led to accelerating the spread of ideas through books, also leading to a surge in worldwide literacy. The next big leap began when Alexander Graham Bell took out the first US patent for a telephone in 1874. Radio, our first mass market medium of electronic communication, didn’t become popular until the 1920s, and was followed by the rise of television in the 1940s. But each of these mediums: print, telephone, radio and television were primarily a one-to-many model. A central station broadcasting to the masses.

It wasn't until the rise of internet that audio/visual mediums and the many-to-may distribution methods were even possible. We don't need to filter communication through a central facility that controls the message any longer. Each individual has the ability to message and personally connect with others instantaneously.

The internet democratized mass communication and it changed the way we think of tribes by making our ability to connect nearly infinite. Loose connections among a group that closely identifies with one another is now possible.

A tribe is no longer a local phenomenon limited by the bounds of family groups with social, political, racial or religious connections, although it still can contain those attributes. In the modern sense of the word and for our purposes, a tribe is a group that is united through a demographic commonality such as gender, age, geography or by a more subtle connection—a psychographic segmentation. A psychographic segmentation is something such as an interest, cause or idea that unites a group. 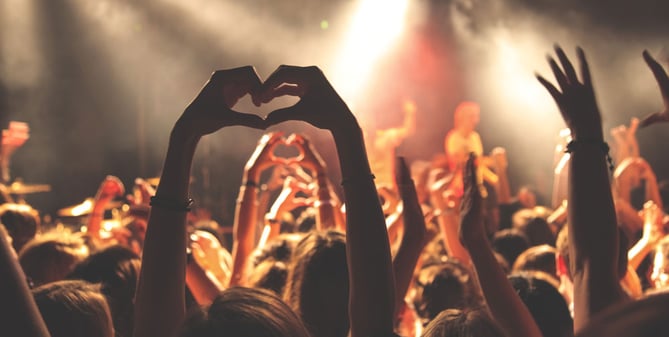 Tribes take many forms, but most commonly they resemble traditional notions of tribes, such as family units, extended families, and close knit groups of friends. But in this "Age of Aquarius," modern humans are belonging to multiple non-traditional groupings that may also be considered tribes. These groups have loose definitions and boundaries, binding individuals through a common interest or idea. For example, the USA, Boston Red Sox fans, and "foodies" are all types of tribes; each is an identifiable group that is bound together by some sort of common demographic or psychographic.

Tribes occur on their own as a natural outgrowth of shared interests and demographic commonalities, and they can be artificially manufactured. Tech entrepreneurs, drill sergeants, and cult leaders all strive for the same goal—to indoctrinate new members into the culture of their groups (in other words, to lead a tribe) by instilling a sense of belonging within individual members.

An individual's sense of belonging is the glue that holds tribes together, benefiting entire groups by acting as one. As members integrate, they help achieve the tribe's goals while personally connecting to other members. Just like tech entrepreneurs, drill sergeants, and cult leaders give their "teams" a deep sense of belonging, brand marketers, too, can offer their customers a sense of tribal community.

Consider Harley Davidson motorcycles. To be part of the Harley “tribe” you have to own a Harley, and in the minds of a Harley "tribe," most other motorcycle brands are subpar, and individuals who own other bikes will certainly not part of the tribe.

In his 2006 ground-breaking book, The Ultimate Question, Fred Reicheld describes the Net Promoter Score (NPS) methodology. Simply put, NPS is how brands measure customer satisfaction. Brands with high NPS scores, such as Harley and Apple, literally have a "tribal following." At the very highest level, they have created a new tribe, and that is the brand. 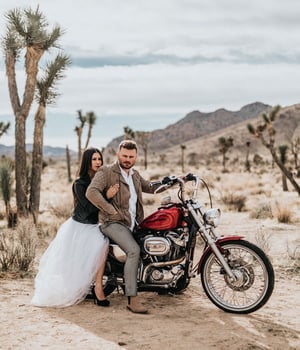 Harley owners exude independence and a rebel attitude, embodying freedom, resilience, and a type of hardworking fun. This feeling is contagious; the brand has such an emotional connection to the tribe, that fans become members for life. How many brands can boast such devotion that customers get tattoos of the company logo and name? It is a crowning achievement—building a tribe of like-minded individuals who are emotionally motivated by the story behind the Harley Davidson brand.

Marketing legend, Dan Kennedy, often talks about gathering and shepherding a “herd” of customers by building a direct relationship with each of them. His herd, or tribe, is primarily entrepreneurs unified by their interests in marketing, and by Dan Kennedy himself. Dan has published a monthly newsletter for decades, which is one part "marketing/how-to information/tips and tricks" and two parts "Dan Kennedy philosophy" and his tribe's personality. Dan is an engaging and interesting writer and whether you love or hate his work, it is never boring.

The lesson from Harley Davidson and Dan Kennedy is that tribes can be consciously built and nurtured. By understanding the social dynamics that drive individuals, marketers can focus their efforts on creating tribal customs, language, clothing and other social indicators. Just as “Trekkies” have an entire lexicon of language and phrases all their own, a brand can begin to create its own language, and take direct action to promote its tribe.

Discover your tribe with our Primal Storytelling™ methodology.

Photo by Arvydas Venckus on Unsplash

"Neanderthal in the Natural History Museum London" by neilalderney123 is licensed under CC BY-NC 2.0

Photo by Anthony DELANOIX on Unsplash

Photo by Nathan Dumlao on Unsplash