Flying can be—correction—is a stressful ordeal. Cue the long lines, people lugging around luggage bigger than they are, everyone trying to figure out where their assigned gate might reside, and then, of course, hoping your luggage actually arrives at the same destination as you. Even if you’re someone who only brings one small bag when taking flight, there’s no avoiding having to walk by, stand in line near, or even just sit in close quarters with people who are trying to fit an extra bag of who-knows-what into luggage that never should have made its way into an overhead bin in the first place. The pressure we feel when it comes to flying is bad enough without all the other baggage (no pun intended)—other people, security factors, and whatever else heightens your personal anxiety needle pre-takeoff. But one man on a United Airlines flight this past week dealt with the kind of stress associated with a crime committal—not an airplane flight.

This man’s issue arose when United overbooked their own flight by 4 passengers. The plane had already been boarded by the time United needed to address the problem. The 4 seats needed were apparently for 4 flight attendants who were to get to Louisville in order to staff another aircraft. They asked for 4 volunteers to board a later flight. When no one volunteered, they selected 4 random seat numbers, and those passengers were asked to leave. The man who was dragged off the plane told the staff that he wasn’t going to leave because he was a doctor who needed to get to where he was going. That, however, didn’t stop the staff from calling the airport police and having them come onto the plane to physically remove the man. In the video, linked at the beginning of this paragraph, you can see the police go straight into a brutal removal of the man without even a semblance of a conversation. He is pulled up out of his seat and falls into the row across from him; you can see him being dragged down the aisle, screaming, glasses crooked on his face, and blood seeping through the corner of his mouth. Other passengers are confused, and shouting at the police, “What are you doing to him?”

After watching this video, we over here at Can-Do are asking the same questions those horrified passengers were. Below, we are going to look at how things can spiral out of control for a company when you mess up (BIG time) by failing entirely to understand customer service. We’ll pose some of the questions United didn’t ask themselves once problems arose, followed by reminders about why you need to always remember to look at a situation through the eyes of the customers affected before releasing a PR statement. Not to mention (but oh, we will! Don’t worry), the role social media plays in spreading the word, keeping the word alive (and of course, instantly updating the world) when it comes to dire mistakes like those made by United. Social, as we know, allows those mistakes to live online for eternity. Yikes.

For airlines, phenomenal customer service is crucial. Every single step of the flying process is the oil of the finely tuned machine that keeps customers coming back again and again. After all, there are plenty of other airline options for people who care enough to switch once they’ve had a negative experience with one.

Customer service usually offers an answer to fix a problem. In the case of airlines, it also offers the management of an issue that is stress caused by one (or all) of the factors listed above. So, how and why did a leading airline like United (who, on the exterior, seemed to have everything going right for them) get customer service SO VERY wrong… and we mean like, taking it to a whole new level of wrong. Let’s discuss.

There are a couple of possibilities for this one. 1. It’s very possible that there is a problem with how everyday customers (the ones that aren’t part of rewards programs, have a ton of frequent flyer miles, or fly first class frequently) are treated that has been growing from the top of the company down for years, and it simply took this situation to bring it to light. 2. It could have very well been flight staff that simply did not know how to handle the situation properly (or logically). If it was situation number 2, that could have been from lack of experience within the crew, or possibly a lack of training. It could also be that there is a need for updated policy for customer compensation or steps/training on how to handle a situation.

No matter the case, it is very obvious that everyone involved in removing the man from the plane—from the staff who initially called the airport police, to the police themselves (which could be a whole different story)—either didn’t speak up, or threw all caution, and seemingly human decency, to the wind when it came to their customer service practices.

Let this be a wake-up call for any company that has been slacking in their customer service department: make actionable plans to get it together.

No customers, no company.

A few things your brand can do to make sure your customer service is as phenomenal as it should be are as follows:

We believe that one of the most glaring problems in how the United staff handled the initial situation of the man refusing to leave was their refusal to have a conversation about the problem at hand. No real lines of communication were drawn with the man, or any other passengers, who might have volunteered after they heard why the man didn’t want to/couldn’t leave the plane, for that matter. Good customer service would go to the ends of the world to diffuse a situation like this, not contact airport police and create an issue right out of the gate.

A disconnect in customer service is what allowed this situation to happen; now, a good first step to begin to fix a problem of this magnitude, (and as is true of most negative incidents), is the company or top representatives running the company to release a statement regarding what happened. Also known as a public apology.

The first statement released by United’s CEO shows that he was in a completely different world than that of the people who witnessed the situation first hand (and, for that matter, most of the general population who watched the video after the fact). Let’s just say, not a good start for attempting to fix the situation. PR expert, Ed Zitron, author of This Is How You Pitch, described the mess perfectly, "Had United shown compassion and intent to make things right, they could have come out of this at the very least looking like an airline that cares... Instead they've just made it even worse."

His first statement did indeed make things worse. Social was already brewing, and this statement really gave them the means to cut into the airline even further. The problem with the initial statement was that the CEO focused on the re-accommodation of other passengers and showed no remorse for the man who was literally dragged by his arms off of the plane. If he had taken a second to watch the video and hear the other passengers’ reaction, he would have picked up instantly that they were far more concerned with the treatment of the man than with re-accommodation.

A few things your company can do to avoid a statement like the first one made by Oscar Munoz are:

Munoz’s initial statement did one major thing: it added proof to the fact he was in a completely different world than that of his customers. If you want to keep your customers happy, your PR efforts should show that you’re on the same page and at least trying to be on the same level as the majority of people who use your service or product. Authenticity is key, and trust is invaluable when it comes to a relationship with your customers. Munoz lost out on both of those things in this disaster, and as such, so did United as a whole.

After an internal apology letter to the United staff became public and continued to facilitate backlash, the CEO did release a more reasonable, compassionate statement, attempting to set things on the right track. This all goes to show that EVERYTHING you say and do regarding a situation should be well thought out and considered in a way that the world will see it (even if the initial intent is that they don’t). In today’s day and age, it is more important than ever before to “get it right the first time.” Most of the world is online. This means that they can stay updated and become aware of the hottest news and newest reports no matter what.

When the video of the man made it to the likes of Twitter and Facebook, it spread like wildfire. And everyone knows, when something like that catches wind on social, there is simply no stopping it. The most someone can do is try to keep things from getting exponentially worse; unlike what Mr. Munoz managed to do. Social media today, more than ever before, has a growing voice. Not only do companies (or public servants) hear from people via phone calls anymore, they hear from them through social—whether they want to or not. And while a phone call is private, people’s thoughts and opinions on social can be seen by all, making it a real game-changer when it comes to sharing feelings and banding together with others who share said feelings. In short, it makes it difficult for companies to ignore people when they’ve plastered their thoughts all over the Internet.

New company slogans for United were being shared all over social, even by competitors. Aimed at our funny bones, mostly, when you think about the reality of it, this whole situation is hardly a laughing matter. Granted, yes—sometimes it takes a little dark humor for people to effectively grasp the gravity of a situation. And, again, social makes it easier than ever to hit those points out of the ballpark.

Things your company can do regarding social media when an issue like this arises are:

Unfortunately for United, there was no helping their social media dilemma after the initial PR response became public. The issue has even made its way to China through the likes of a number of different social sites. This is a big deal for United (and we mean even bigger than perhaps they’ve let on so far), as China is a huge growth market for the company. PR and social can, and very often do, go hand-in-hand, and it’s important to recognize just how far of a reach statements have when it comes to social.

Even though the world of marketing and how we can convey a brand’s image is at a point of constant change, these three aspects—customer service, PR, and social media—are three parts of a company that holds great power when it comes to the company’s branding and reputation. And one thing us marketers and business owners alike can agree on that hasn’t changed and isn’t going to change: a good reputation means everything. For United, it’s going to take a long, long time for their now-tarnished reputation to get back its shine. 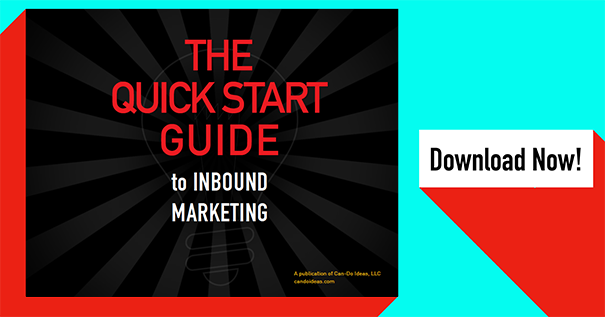 Can-Do Ideas is a Digital Marketing agency specializing in Inbound Marketing and Sales. We are located in New York City and Connecticut.