The Importance of Studying Different Approaches To Design 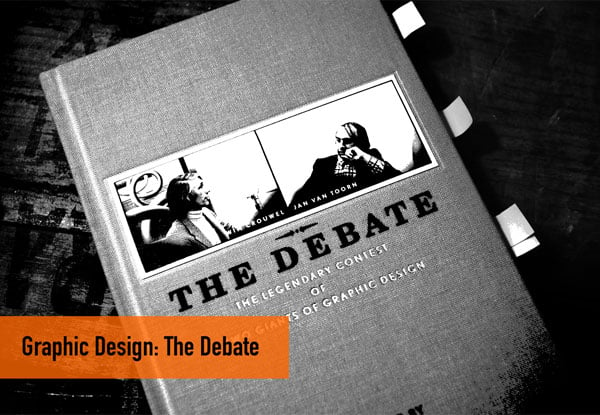 In today’s world of design, with so many approaches, styles, options and ways to do things, a debate on the subject might sound a bit unnecessary. I mean, why even talk about the differences if they’re all accepted anyway? In 1972, Wim Crouwel and Jan Van Toorn saw things a little differently, both having agreed to a public debate on their differing opinions on design. Many Dutch designers could discuss the debate, but it wasn’t until recently that the book titled, “The Debate: The Legendary Contest of Two Giants of Graphic Design” was published in English. The recent translation has allowed for many more designers to get in on the conversation. As aforementioned, with our preferable acceptance of pluralism in design today, you might be wondering what is the point of even talking about this so-called debate.

As stated by Rick Poynor, the author of the book’s foreword: “…the arguments of both gentlemen have perfectly withstood the test of time.” This book adds a certain philosophical aspect to design. Design is so much more than knowing how to use a computer program. That said: there is no singular winner in this debate, and it doesn’t seem as though there needs to be. Choosing not to study up on or introduce oneself to other approaches than the ones we are most comfortable with limits us to the understanding of others’ work. As designers, we owe the time it takes to hear the many different approaches than our own of why something is done a certain way to each other. After all, save practice, what better way is there for us to grow in what we do?

Rick Poyner summarizes the two masters of graphic design’s views in the foreword. Crouwel’s approach is described as one where the designer must remain objective. If the designer were to get too personally involved in the message, then there would be confusion on the receiving end-- meaning the personal involvement took away from what the sender originally wanted to say in his message. Van Toorn’s approach is described as one where objectivity is believed to be impossible— and because it is impossible to remain neutral when taking on a design project, perhaps designers should want to take on clients’ work that is aligned with their personal views.

Poyner points out that these two approaches “represent the classical antagonism between the engineer and the artist, the graphic designer as a service provider, versus the designer who is more intent on personal expression.” It’s interesting that Poyner would use the words engineer and artist to describe the approaches because when considering designers today, it seems most have the ability to draw from both ends of the spectrum. Maybe this is why we are so much more open to the many different approaches today. Not only is this true for designers, but also for marketing in general. We are constantly asking and even expecting for others to have a general understanding, at least, of the advertiser, the marketer, the analyst, the writer, the designer, and the public relations expert. And maybe we are becoming better at what we do because of this— truly growing.

Get your copy of “The Debate: The Legendary Contest of Two Giants of Graphic Design” here and join in on the discussion.