Why Snapchat is the Future of Business Marketing 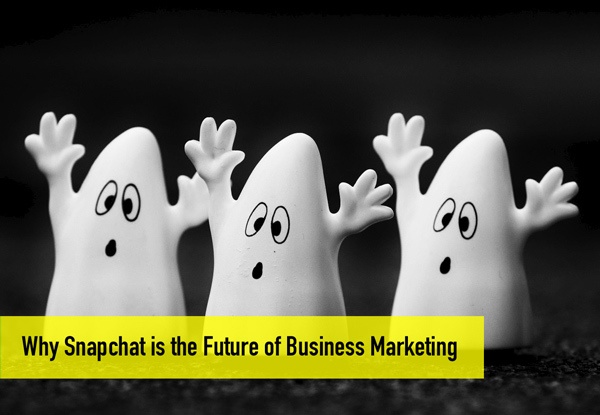 The short of it is this: Snapchat can strengthen your brand. Seriously. It's not just an app used by high school kids in the halls anymore. The application, in case you weren’t already aware, allows users to send and receive photo or video—affectionately referred to as "snaps." Snapchat enables users to decide how long (between one and ten seconds), they'd like the footage to remain on the receiver's screen. Additionally, users can add snaps to their "Snapchat story." This is a feed available to all of your followers for 24 hours; it can be watched any number of times a user wishes while the footage remains "live."

As far as Snapchat for business goes, it’s an impressively effective community engagement, and even content marketing tool. As far as social media marketing goes, it's about as helpful as anything when it comes to your business. It can help you create distinct brand awareness among your customers, and potential customers—the list goes on. A shorter list, though, is this one: three reasons why you should be using Snapchat for your business.

But only for a certain amount of time. As we said earlier, in a Snapchat story, which is the most common use of Snapchat by consumers (and businesses in particular), what you post is only accessible for 24 hours. After that, it disappears into the ether. Sure, users can “screenshot,” saving for themselves a slice of what you’ve put out there (also note that when they do this, you’ll receive a notification). But think of it this way: if it’s going on Snapchat in the first place, you’re probably planning on putting it out into the world at some point. Only difference here is you’re giving your followers an extra special look into the behind the scenes a little earlier. It’s just a less-polished, genuine version of your offerings. Taking people into the mind of your business—into its inner-workings—helps create an engaged, stronger following.

Partnering with influencers with like-minds to your own business is a great way to broaden your reach and open doors that likely wouldn't otherwise be—er—‘open-able’. For instance, influencers who are particularly good with Snapchat (usually this means someone who isn't afraid to talk on camera, or make a joke here and there), can really encourage your brand's voice, and get it out there into the world. Additionally, the likelihood that an influencer’s followers then follow you is very high. It’s a win-win.

Snapchat is just about as real-time as it gets (short of Facetiming with your customers, which we don’t necessarily recommend). Because there’s a window during which users’ posts are available, they are generally on the platform at any given time throughout the day, keeping up with those they follow, often for fear of something they might’ve liked to see disappearing forever. And we don’t blame them! Of all the popular social media platforms these days—like Facebook, Twitter, and Instagram—Snapchat offers the most representative version of its users. Though filters, stickers, and large-scale fonts can be added to any given photo or video, it’s the most readily authentic platform for business users, giving any curious potential customer an inside look into significantly less-curated content.

People love behind the scenes stuff. They love to be brought into the inner circle—it’s something of a human condition, it seems. So why not please your current and potential customers alike by getting on board with Snapchat? It’s free and easy to use, after all. What do you have to lose?