“To Deny Our Impulses is to Deny What Makes Us Human”
Mouse, The Matrix

Urges are a compulsion to act or react in a certain manner. As remnants of ancient human instincts, urges draw on an individual’s primal desires to survive, perpetuate the species and find significance. But, urges also serve a higher function by influencing us to acquire new knowledge, cooperate socially, and strive for fulfillment.

They are a powerful force, often defying rational thought. A human in the grips of a primal urge may act completely irrational or exhibit seemingly super human traits. A mother protecting her child from an oncoming vehicle, for example, will instantly transform from housewife to super woman at the sight of her kid in danger. Natural urges are at the very foundation of everything that makes us human.

So, what can businesses, marketers, and leaders all derive from humankind’s natural inclinations? Continue reading and discover how primal urges play a key role in influencing others.

Animal behavior is ruled by instinct, an unalterable urge to behave in a certain way. Geese fly south for the winter and bears hibernate, but neither geese nor bear chooses when to travel and when to fall asleep. They are entirely driven by the intrinsic need to survive during winter. ⁠1 It is their instinct.

Similar to the animal kingdom, homo sapiens have instinctual responses for survival, like “fight or flight.” The fight or flight response is a chemical reaction inside the body that has undoubtedly kept our species alive all these millennia. These inborn impulses promote behavior that hopefully leads to optimum survival.

Image by Klaus Hausmann from Pixabay

Once upon a time, human instincts prompted us to “fight or flight,” and that same neurological reaction is still in our DNA. Only now days, we don’t need to run from packs of wild beasts. Like the instincts of primitive humans, our bodies mimic the old “fight or flight” response, but unlike other species and ancient humans, we have managed to throw off the shackles of instinct.

Humans are no longer forced by nature to act in certain ways. Rarely does a person have to literally run for their lives from a meat-eating predator, nor do entire human cultures depend on the procreation from one family unit. We don’t even need to hunt or gather our own food anymore! Humans have become domesticated.

From Instinct to Urge to Influence

While we do retain some instinct-inspired urges that exert strong influence, we also possess the freewill in deciding whether or not to exercise our urges. For example, almost everyone (will probably at some point in their development) feel the urge to mate. Even if sexual desire doesn’t overtake some people like it does others, it is still one of the strongest human urges. The fact that humans have will-power to resist nature, and decide not to mate, indicates that sex is not an instinct, but rather, an urge.

Take individuals living a life of celibacy for example. They control sexual impulses through the power of the mind. All people make conscious choices, unlike animals, and suppressing instinct is a unique human trait. Yet, despite this gift of self-control, human urges continue to dominate our subconscious behavior. 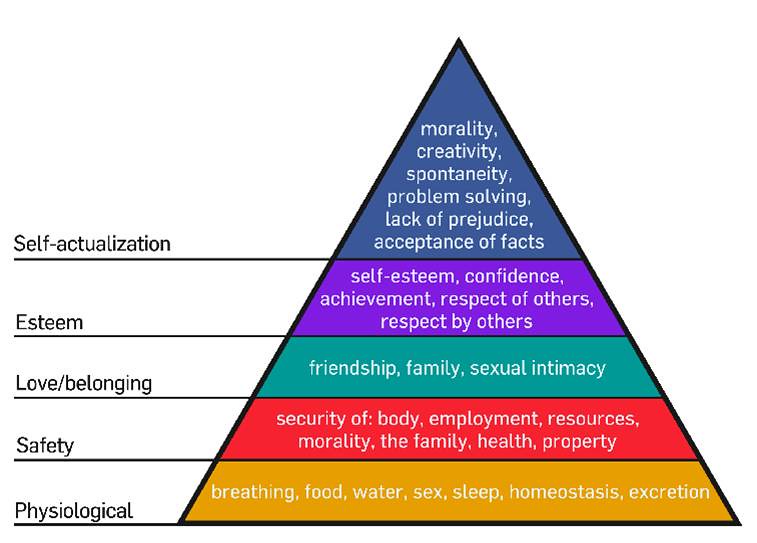 Image Credit: "Importance of Work to well-being" by getaiwan is licensed under CC BY-NC-SA 2.0

Urges and needs go hand-in-hand. When our basic needs are met, our ancient instincts subside, and we are able to focus on achieving growth rather than just merely surviving. That’s how most of us homo sapiens have been living these past few centuries—working on higher needs like education and creativity because food, shelter, and safety are already established in our daily lives.

Yet, despite how mindful and sophisticated homo sapiens have become, the urges from our primitive instincts still remain prominent in our DNA; after all, we are still genetically the same species from 70,000 years ago. People act on urges, and that’s okay (for the most part). Urges help us feel good! Eating food, protecting our families, and smiling at babies are all primal urges adding to the magical feeling of being human.

Understanding how to leverage human urges to influence individuals is a holy grail for business owners, leaders, and marketers. These groups of people are especially interested in communicating ideas, products, or services, and by drawing on their audiences’ basic primal needs, they can craft messages that emanate a true sense of urgency.

Humans exhibit nine primary urges that drive behavior. A base understanding of these will help people and brands alike create content that connects with their target audiences. Examining the target tribe carefully will reveal one or several urges useful for creating great advertisements and content. Each urge described below can be applied to a message, whether it’s a marketing campaign, a speech, or social media post.

The first six urges—food, clothing, shelter, safety, protection, and sex—focus primarily on survival of the individual and the species, but they also have social implications as well, such as one’s belonging within a tribe or relationship to others. Through documentation and experimentation, science suggests that nearly every human that lives to full maturity experiences all six of these urges. At the individual level, the compulsion to act widely varies depending on their environment, personal experience, and genetic makeup. But, in mass, they help explain much of our human behavior.

Imagery of delicious looking dishes with a family sitting around the dinner table has many connotations. Maybe it’s an advertisement for a food product, a weight loss regimen, or even a prescription drug. There are many ways the urge for food can play a part in an influential message. 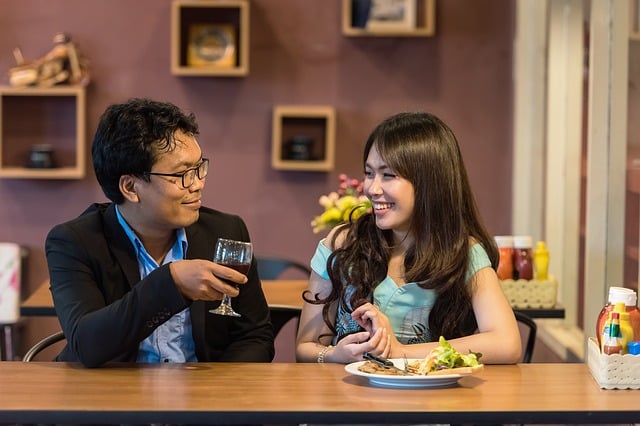 Image by Sasin Tipchai from Pixabay

Clothing is used for social signaling to convey power, wealth, and prestige. It also performs as protection against the elements, and even tells a “background story” without having to use words. The adornment worn by advertising models entirely depends on the audience. A photo ad targeting a group of mountaineers will look entirely different than an ad targeting business professionals. Obviously, clothes speak volumes about people. It might seem biased, but it’s true that we humans draw conclusions based on our perceptions of what people wear.

The home not only provides protection from the elements, it’s a safe haven from the world, and a social status symbol. Humans will go to great lengths to protect their homes, similar to how a bird attempts to protect its nest. The old saying, “there is no place like home,” is more accurate than we realize!

The urge for safety is so strong that it’s recognized as a fundamental human right, even our laws permit killing others in self-defense. Who can argue against making the world a safer place? Linking a brand’s content to personal safety is a winning strategy used by many brands building awareness around new technologies. The car industry often utilizes it when new safety features are invented. Be cautious when using this urge, it can backfire if the message is extreme or exaggerated.

Similar to safety, protection is concern for the safety of others. People feel fear for others and will go to great lengths in order to protect them. There is an old cliché that there is nothing more terrifying than a mother trying to protect her cubs. But it is not just mothers. The urge to protect others is a powerful force in marketing. It drives many of the most obvious industries such as for safety equipment, but it also drives some less obvious industries such as life insurance, home security, law enforcement and many others. The key factor is to understand that individuals may take some precautions to protect themselves, but they will often go to extreme measures to protect their family.

Sexual desire mixes love and the protective and tribal urges together into a motivational force that is one of the most used techniques of marketers. In just a casual perusal of advertisements targeted toward men, for even everyday times such as chewing gum, deodorant and shampoo, sex is used in some form to garner attention. A large majority of them will use overt sexuality or at least a subtle reference to sex in some way. It can work even for seemingly unsexy products such as hamburgers, jeans, cigarettes and chewing gum. Wherever the imagination can discover naughty thoughts, sex can be used to garner attention.

The final three urges are internal to each individual as part of our psychology, inducing feelings of fulfillment and contribution.

As one of writers’ favorite urges to use, curiosity dominates a large portion of headlines. Hinting at something interesting, promising a “mystery” solution, or offering a “secret” certainly attracts attention. But watch out, it’s easy to get labeled as “click bait” if the message doesn’t match the offer.

What constitutes significance varies widely from person to person, for many of us, it revolves around contributing to the greater good of humanity or serving family members and the local community. For some, significance is a status symbol they want others to notice, like a plaque for donating to a charity or even a luxury item that screams, “Look at me, I’m rich, I’m important.” Despite the motive, a message built around significance offers the audience a meaning for existence. 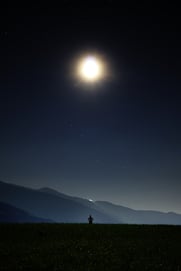 This urge is kind of tricky to use in a message, unless you’re a religious or spiritual organization, but when done well, it’s an immensely powerful tool for influence. Spirituality taps into our innate longing for a connection to the sublime. Beautiful images, uplifting music or even prose can evoke spiritual wonder in individuals. Another tactic is to incorporate size disparity by conveying the vastness of our world and comparing how small we are within it. Many brands that are marketing destination vacations harness the spiritual urge with a subtle message conveying freedom and oneness with nature.

While the nine urges do not explain all behavior and motivation, they are a great reference to draw upon while creating content. The goals are to: