How Social Media Started the Women’s March on Washington 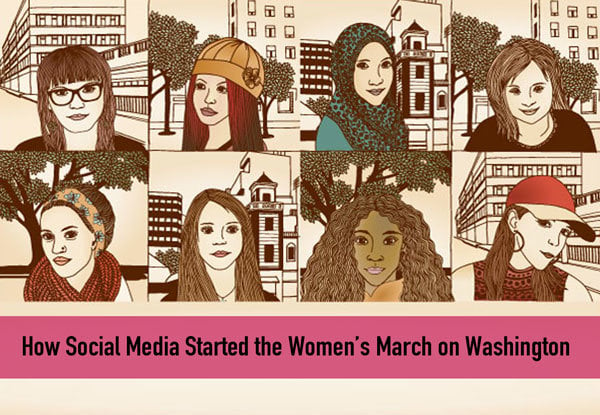 The Women's March began when Teresa Shook, a grandmother from Hawaii, took to Facebook to express what she and many others were feeling—disappointment with the November election. She suggested there should be some sort of protest—a march, perhaps. She thought a march might be a good way to generate attention for those similarly disappointed with the results of the election. She wanted, regardless of their reasoning, for people to gather and voice their concerns, whatever they may be. But most importantly, she wanted people to just show up.

Shook’s idea started to gather attention almost immediately, and within a few days, it attracted a dedicated group of online organizers working diligently to make it happen. They initially worked to spread the message as inexpensively and effectively as possible. Forbes summed up these efforts in an article published just hours before the Inauguration: “March organizers quickly organized committees for logistics, marketing, fundraising and outreach by leveraging community activists and non-profit organizations throughout the United States. The organizations lent staff, time, resources and marketing support to spread the message of the Women’s March. And of course, they began a heavy push on social media to reach women (and men) across the United States.” And their efforts through social media inspired organizers and participants around the world.

The March, as it came to be known, grew--from a single Facebook post that suggested something be done--into a world wide series of rallies, demonstrations, and picketing events all around the world. Within four short weeks, it became what may have been one of the largest demonstration ever convened in the country's capitol related to a presidential election. 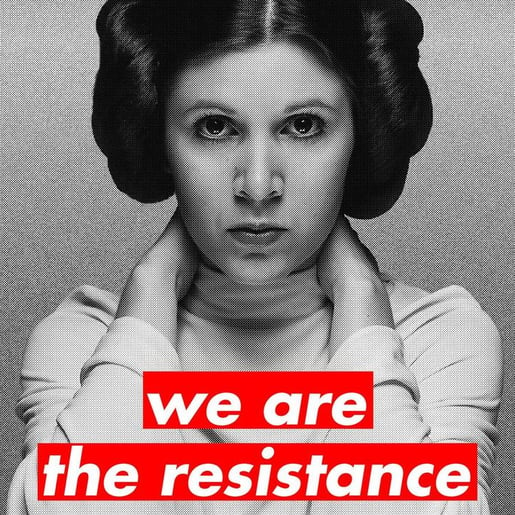 In the days approaching the 21st, the official Women’s March Facebook Page showed that over 200,000 people would be in attendance. A final Facebook count showed 234,000 people committed to attend. The number of ‘sister marches’ expanded to more than 673—with an estimated 4,834,000 marchers world wide.

Even a well-thought out, multimillion-dollar advertising campaign can fail to yield the results of a powerful idea backed with social media. One of the major lessons of the March is this: it highlights how social media has crossed over from being dominated by millennials, to gaining a much wider demographic use. The network effect applies to all of social media. Otherwise, the more people that use a medium, the more powerful it becomes... powerful enough to start a world wide movement... a march.

One of the key lessons for marketers to take away from this is that viral ideas are emotional and difficult to predict, and when they take off they are even more difficult to control. As even more of the world’s population goes live, authentic ideas with world wide appeal will continue to cut through the noise of outrage porn and fake news, and inspire real world action. The March was a world wide phenomenon that is a case study of what is to come from social media. If enough people really care about an idea, they can organize for free and do their best to change the world.