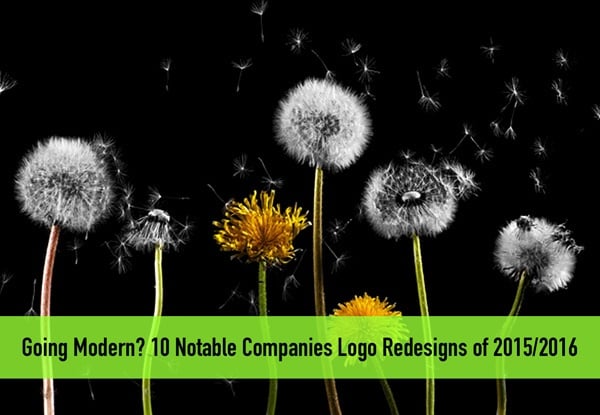 Rebranding your business is a big commitment and can be a lot of work for even the smallest of companies. A great deal of thought goes into even just the seemingly simple decision to go for a rebrand. Tungsten, a company that offers rebranding services, lists rebranding prices for startups costing as much as $15,000. As in: you’re not going to have a rebrand just for the heck of it. This article gives you 10 popular companies that have gone through a recent rebrand (some more talked about, others less so) and a brief summary of each transformation.

As mentioned in one of our previous articles on Instagram’s new logo, plenty of opinions arise when a brand introduces a new image, and plenty more arise when it’s a popular company; add on that their popularity exists particularly on the Internet, and you’ve got yourself a modern-day perfect storm. A lot of times, many of the loudest opinions either come from emotion after closely identifying with a specific image for so long and refusing to accept change, or from designers (or people who think of themselves as designers) who sometimes forget to look at the bigger picture of design aiding in branding. And then, of course, there’s everyone else. Often people forget that someone had to put thought into this new label. Though, this is not to say that some rebrands happen without much thought… or worse, the wrong thoughts. The important thing to think about while looking through these transformations is as follows:

There is something to be learned from each and every logo redesign and rebranding; what the Internet often seems to forget about in the unveiling of a new design, though, is just how much thought and consideration actually occurs on the backside of a redesign—which more times than not is a lot. Keeping an open discussion on these new designs is healthy, if not fully necessary in order for designers from all around the world to really readily consider, and even improve upon their work.

Thoughts, comments, and/or critiques on this article or any of these popular logo redesigns and rebrands? Leave us a comment! We’d love to hear what you know.