To Emoji or Not to Emoji? There is No Question 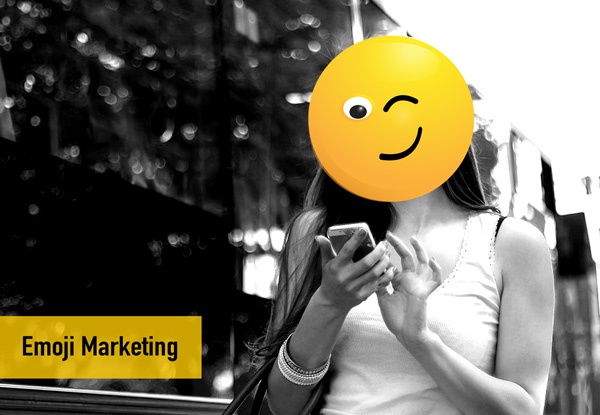 Humans are visual beings by nature. Even in the days of Shakespeare, we knew that visuals (plays, performances, costumes, and characters) were important. There wasn’t a Social Science Research Network going around collecting data on visual learning in the 16th century, and one might speculate that the importance of visuals then was due to the literacy rate. Nonetheless, in 2016 we do have a Social Science Research Network collecting data and they say 65% of people are visual learners, that’s over half of people and even with the much higher literacy rate of today. The Visual Teaching Alliance has plenty more facts on us as visual beings – it seems to be just who we are.

Back in 2006, when Twitter launched, it was just a bunch of us going on about our feelings and following our friends. It didn’t even really start to catch on until around 2008. Even brands weren’t completely sure how to use this new social media. Not to mention the 140 character limit on tweets. How could one possibly say what they need to say in 140 characters or less?

In 2010, only a few years after everyone was finally getting into Twitter and the world of .gifs, memes and hashtags, Instagram came onto the scene. Unlike Twitter, Instagram gained 1 million users in just 2 months—and it’s still growing. That fact in and of itself not only says a lot about the growing popularity of social media, but also humans being visual by nature.

We even saw Facebook, which was created in 2004 and made public to anyone with an email address in 2006, not only become more popular than Myspace, a social site where Top 8, profile picture “likes”, and comments were more important than “sharing” status updates. An important side note to mention here is that the UI and visuals of Facebook were far more aesthetically pleasing and simple than Myspace, possibly another factor in the large numbers of users switching social platforms. All of a sudden we were in a world of sharing information quickly and easily—and today, the sharing has only gotten faster, easier to do, and more customizable.

The thought of a company budgeting for a Social Media Manager probably wasn’t on too many people’s minds in 2008. Now, look at us. With a good 8-10 years to figure out Twitter and Facebook and the introduction and success of Instagram to learn from, brands seem to have finally figured things out. What appears to be a common factor in the posts of the most successful brands/people/companies? If you said awesome photographs, infographics, or visuals in general, then you are correct. And not to give Dior a hard way to go, correct spelling and grammar.

Maybe it has to do with the speed in which we expect information; not only are we more likely to learn and ultimately retain information with a visual alongside, but wouldn’t looking at a well-done image tell us more in less time than if we read through an entire article? After all, a picture really is worth a thousand words.

When you fill up the little status box with words your ‘Read this…’ looks just like everyone else’s. What would make someone read yours over your friend’s? Oh yes, your image really caught my eye, let me read more. Oh yes, I really relate to your image, let me share it on my feed. Hubspot has compiled a list of statistics to back up this claim on the success of visuals used in content creation. Below are a few that demonstrate the point made above best:

“Researchers found that colored visuals increase people's willingness to read a piece of content by 80%.”

“Using the word “video” in an email subject line boosts open rates by 19%, click-through rates by 65% and reduces unsubscribes by 26%.”

“Infographics are Liked and shared on social media 3X more than other any other type of content.”

“Visual content is more than 40X more likely to get shared on social media than other types of content.”

So, now that you’re convinced of the power of visual content, or at least considering it, let’s talk emojis. What is an emoji? Google defines an emoji as, “a small digital image or icon used to express an idea, emotion, etc., in electronic communication.” You might be thinking, ‘Great, so you can express yourself with a little face, so what?’ Well, this little face can speak where words may not fit (i.e. Twitter). And think about this: sometimes, we just can’t quite put our feelings into words. And maybe, in the case of Twitter, you just don’t have enough room. Let one, or a few emojis, even, do the talking. Sending an emoji is much easier and faster than painting a picture, writing a poem, performing interpretive dance—or whatever other alternatives you might come up with to express yourself.

Sprout Social brought up an interesting topic recently: “Scientists,” they said, “discovered that when we look at a smiley face, the same parts of the brain are activated as when we look at a real human face. Emojis actually change our mood, and we might even alter our expressions to match the emotion of the emoji character.” This is a huge moment for emojis, people! Not only is an emoji a fun, effective, and efficient way to express yourself, but we also truly relate to them. So now brands can use a tiny image we relate to in a message, and boom: we’re automatically—no, hard-wired to relate to that brand.

Emojis are so frequently used in today’s world there’s even an emojipedia for our reference. And we can’t forget the excitement that erupted over the internet when iPhone released the update adding an array of new emojis. They even listened when the Internet and Taco Bell asked for a taco emoji. Coca-Cola, Star Wars, The Academy (Oscars), Dominos, Mentos, Ikea, Chevrolet, Goldman Sachs, and even the White House have used emojis to communicate. People also popularly use emojis on Instagram, a site already full of visual content. And we can’t leave out the expansion of emojis, adding to what used to be just the thumbs up, on Facebook. It appears emojis are more than just a trend. We really just can’t get enough of them, and it’s obvious why: when it comes to visuals, the more the merrier! Therefore, the question isn’t to emoji or not to emoji, but what are the proper ways to use emojis?