First Snapchat, Then Heineken – Don’t Become the Next Biggest Brand Fail of 2018

2017 was the year of some iconic Ad fails. Yet as we move further along into 2018, it’s almost as if brands are fighting for last place. It’s apparent not everyone learned from the lessons of advertising failures that preceded them.

Not all brand fails are created equally. Some might be as simple as a Photoshop oversight that adds a limb or two, to A-list celebrities, but others are less forgiving. Recently, Snapchat and Heineken played with fire and got burned.

In March, Snapchat users were dumbfounded to see a mobile ad –  featuring pop star Rihanna and rapper ex-boyfriend, Chris Brown – that posed the question, would you rather slap Rihanna or punch Chris Brown? (Chris Brown pleaded guilty to assault after violently attacking Rihanna in 2009.) Although the ad was quickly taken down and Snapchat issued a formal apology, as well as a statement that said the ad was mistakenly approved, nothing escapes the internet and users began sharing screenshots and their disapproval online.

Rihanna made a statement using her Instagram account, a direct competitor of Snapchat, and criticized the ad for making light of domestic violence and finding fault with Snapchat’s apology:

As soon as her words were public, the Rihanna Effect took hold: users started deleting the app, causing shares of Snap Inc. to fall 5% on March 15 and another 2% the following day, a hit that totals more than $800 million in losses for shareholders. Snapchat cofounder and CEO, Evan Spiegel, personally lost nearly $150 million over those same two days.

You read that right. In the year 2018, a beer company approved and ran an ad on TV in the United States, Australia, and New Zealand markets that used the tagline “Lighter is better,” against a back drop of people of color.

In the ad, a bartender notices a faraway female patron looking disappointingly at a wine glass. He quickly opens a bottle of Heineken and with a look of precision, slides it down the bar.

The bottle of beer takes on a journey over multiple surfaces with a variety of backgrounds. The bottle slides past black women and a black man before arriving at the wine glass. At this point in the ad, the phrase “sometimes, lighter is better” flashes on the screen as the woman, with much lighter skin tone, picks up the bottle and looks at it approvingly.

During the ad’s initial release, musician, Chance the Rapper tweeted his criticism calling the ad “terribly racist.” He went as far as to suggest “I think some companies are purposely putting out noticeably racist ads so they can get more views.”

How to Avoid a Major Ad Fail

Regardless if these ads were produced in-house or contracted by an agency, there should have been a fail proof review process in place to prevent offensive content from damaging the brand.

Review processes exist within all major companies and are usually referred to as editorial or advertising guidelines. Editorial guidelines are a vital part of any agency process. They spell out what types of content, voice, tone, branding, etc. is acceptable for the brand and ensures all messages align with the mission of the organization.

For example, by the time we sign a new client, we have had several conversations with the client’s team and conducted hours of research about the client’s company, their challenges, industry and their customer’s challenges.

The editorial guidelines include full descriptions and explanations of:

While we don’t work at Snapchat or Heineken, we can only speculate about how the ads got out the door in the first place. The Snapchat ad is inexplicable, but it is possible the Heineken ad was produced outside of the US in a country where racial sensitivities are different.

A second component of the editorial process is a formal review and approval process. Regardless if the work is being produced by an agency or an internal marketing department, there is always more than one level of approval for every piece of content created. Many companies will also use focus groups to garner feedback on how a piece might be perceived by certain audiences.

During the content creation phase, there’s a standard process of brainstorming, concept curation, and drafting, followed by rounds of approval from the client. Within each review, it’s important to look out for editorial basics such as:

And as Snapchat and Heineken demonstrated, it’s also crucial to go deeper with the review process and answer these questions:

With this checklist, we vet all content and approve it internally before providing it to the client to process their feedback and revisions. The process ensures that if anything doesn’t align with the client’s editorial guidelines, it will be caught before getting too far along in the production phase, let alone make it to publication.

As you create your editorial guidelines and internal review process, be sure to follow the steps outlined above to prevent any major faux pas from being published.

We live in a fast-paced world where deadlines are constantly looming, and the pressure is on to publish an original idea that will gain momentum with the public. Mistakes will happen, but avoid joining the ranks of Snapchat and Heineken in 2018 and take a moment to look at your content from all angles to ensure it’s of the best quality. Maybe your work will instead make it on a list of best ad examples in 2018.

What else do you do to ensure editorial guidelines are met and an internal review considers every angle? Tell us below! 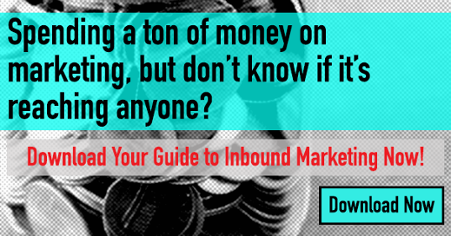 Whitney Mitchell is a certified Inbound Marketing Coordinator for Can-Do Ideas, Montana’s only HubSpot Gold Partner and inbound marketing agency. She is a fifth-generation Montanan with a background in supporting national brands from the public affairs, association, and non-profit industries. Whitney has spent 7+ years utilizing digital marketing strategies and marketing software automation systems designed to fill the funnel for ERP and CRM software and SaaS organizations.