Ramp Up Your Marketing With These 3 New Facebook Features 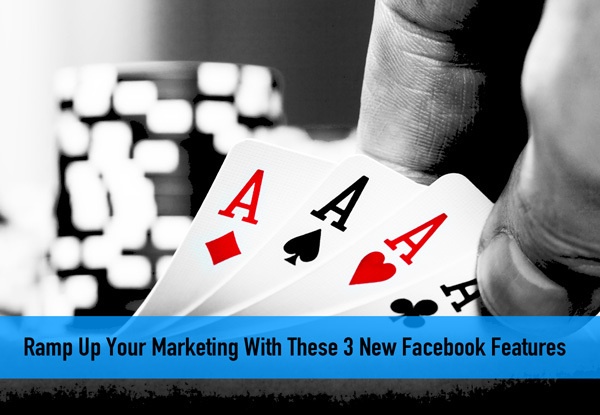 Facebook’s audience of 1.6 billion users is growing almost daily. In order to keep up with other ever-evolving social media platforms like Instagram and Twitter, Facebook has upped its game… if you’ve been on the platform in the last three or so months, you’ve likely noticed a number of changes. There are three new features in particular on Facebook that have people swooning over the updated social media marketing side of the platform—but as is the case with many updates, they’re a little confusing… one might even say that they’re hard to point out on the site at large. That’s why we’re here to give you a quick overview on how to use these new features (one of which isn’t available quite yet), and how mastering them can help you be well on your way to Facebook stardom.

Before, you could only ‘like’ or ‘comment’ on friends’ posts. Now, there are reactions. Pick between a number of faces that depict the likes of “Like, Love, Haha, Wow, Sad, Angry” and even “Yay”! These reaction icons allow users to express their feelings about a post even quicker and more effectively than before.

Take notice of how your customers are reacting to your posts (are they choosing ‘sad’ and ‘angry’ often? Uh oh…) and market accordingly. Audience sentiment, like those depicted via these reactions, gives marketers an inside look at how their customers are responding to content. Pretty snazzy stuff.

The beauty of social media is that it’s as live as the Internet can get—without an actual broadcasting stream. Well, Facebook just took things to the next level with their Live option… and yes, it’s exactly as cool as it sounds. Facebook Live enables the broadcast of live video in real time. While this is an exciting step for social media at large, it’s particularly huge for businesses! Just think: now you can live stream announcements, upcoming services, events, question and answer sessions… the list goes on and on. And what’s more? Your videos won’t expire. If they show up on a clients’ homepage, but they don’t have time to watch it just that second, they can visit your timeline later and check it out at their convenience. Want to learn more? The Facebook engineers have you covered.

Instant articles on Facebook will be available for iPhone and Android users beginning on April 12th; they allow publishers to create a faster, more interactive means of communication with other Facebook users. Fast and responsive, instant articles offer a fast, immersive reading experience. The nitty gritty of this new Facebook feature, in case you're just dying to know, is this: instant articles are HTML5 documents optimized for fast mobile performance. They allow users to have a richer, more interactive experience with the stories they're reading—an HQ viewing experience with auto-play videos, interactive maps, and audio captions. Get what your brand has to say out into the world faster, and in unrivaled quality. Need we say more?

So, while one of the aforementioned three features isn’t available yet, you’ve already got a leg up on the competition by knowing it exists! Or, that it will exist later this month, at least. Challenge yourself, and become immersed in this new, sometimes confusing and even intimidating world that Facebook has created. By using Facebook to your social networking strategy's advantage, you’ll see engagements rise, and customer satisfaction bolstered. It’ll be worth it.